Home / News / Did you or your other half have a past before they said “I do”? Make sure the Will is updated to reflect the true and current situation.

Did you or your other half have a past before they said “I do”? Make sure the Will is updated to reflect the true and current situation. 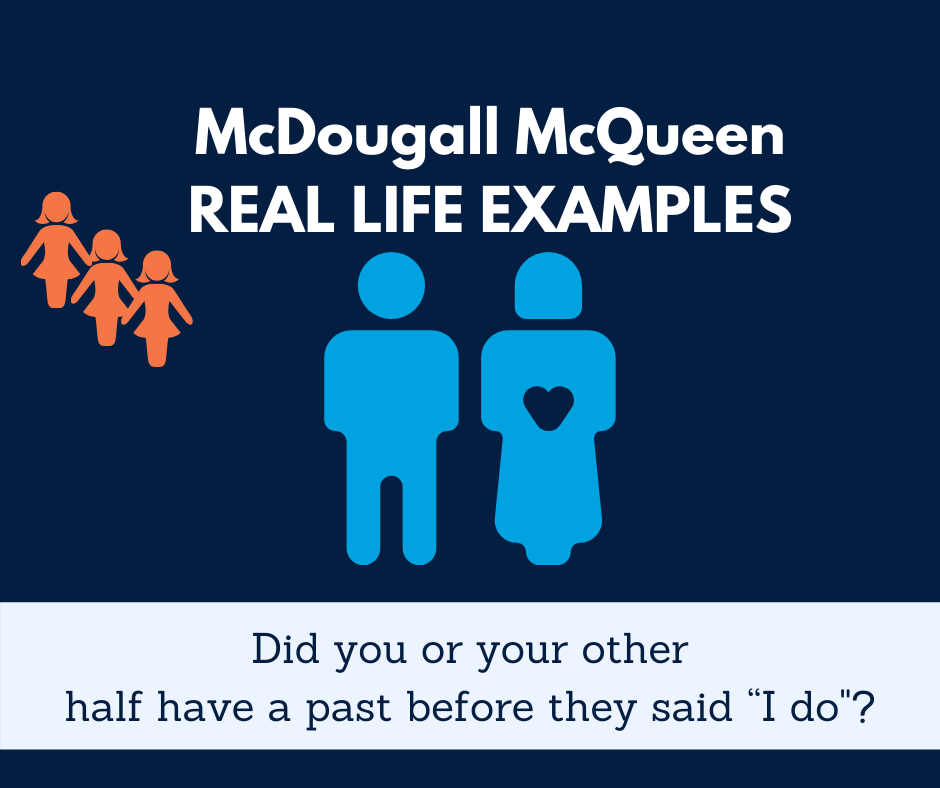 Unlike the situation in England, in Scotland marriage does not invalidate a Will. Meaning that just because you are married to someone, if they have created a Will before the marriage and specifically left their estate in their Will to somebody else then as the husband / wife you are not automatically entitled to it. McDougall McQueen were recently called upon in a case like this:

Louise and Steven had been together for 30 years, happily married, they lived in a detached house in Broxburn which had been their family home ever since they were married. Prior to Louise and Steven living in the house, Steven had lived in it with his long-term girlfriend at the time Nicola. Back in the 1980s Nicola and Steven had been ‘serious’ and assumed they would be together forever. They planned for their future and made a Will in which Steven rightly left his estate (including his house in Broxburn) all to Nicola on the event of his death. Nicola and Steven never had their happily ever after ending. They never married and parted ways after 4 years.

When Steven then met Louise, after some time she moved into the house and they lived their lives together for almost 30 years, until his sudden death. They did everything together and what was his was hers, and vice versa. Or so it was always assumed. They had always talked about Wills but given their situation was very straightforward and transparent – no children or previous marriages – they assumed that there was no real need. Should one of them die, the other would automatically inherit the remaining estate. Steven’s Will had not been updated or even looked at in the 30 years they were together, and it was only upon his death, that it was discovered that the Will specifically stated that the estate should be left to the previous girlfriend Nicola (with whom Steven had not seen or heard of in over 30 years). In Scotland marriage does not invalidate a Will, therefore Louise’s glimmer of hope was to rely on her entitlement under ‘Legal Rights’ as well as the ex-girlfriend doing “the right thing”.

When it comes to finances, it is never good to rely on ‘the right thing’. It pays to have everything written down clearly in black and white, so that all parties are aware of the situation and are not presented with surprises at what is already a stressful and emotive time.

Even though Steven’s Will from long ago left everything to his previous girlfriend Nicola, Louise could claim Legal Rights in her husband’s estate, however legal rights are to moveable estate only (ie money / shares, jewellery etc), but not the house which is classed as heritable property. For more on this please click here.

McDougall McQueen are currently discounting the prices of Wills and Powers of Attorney and offering free standard Wills to our NHS frontline staff. Please get in touch to ensure your affairs are in order.